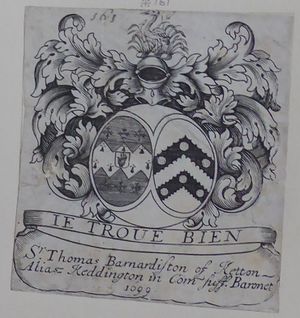 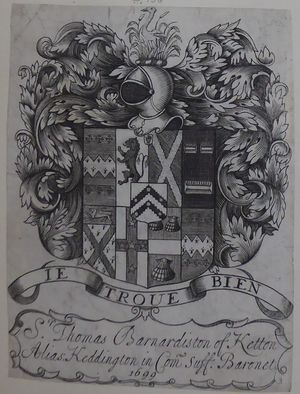 Many of the Barnardistons used engraved armorial bookplates, variously dated between 1699 and 1704.

Retrieved from ‘https://bookowners.online/index.php?title=Thomas_Barnardiston_1674-1700&oldid=22614’
Categories:
This page was last modified on 23 June 2022.
Content is available under CC BY-NC 4.0 unless otherwise noted.