Born at Audley End, Essex, younger son of Thomas Howard, 4th Duke of Norfolk; following the latter’s execution in 1572, he became a ward of William Cecil. Matriculated at St John’s College, Cambridge ca.1577, but did not graduate. His family history and Roman Catholicism meant that his succeeding decades were much disrupted by battles over property and titles, and occasional imprisonment, but in 1601 he was allowed to buy back ancestral property, and he became based at Naworth Castle in Cumberland, which he repaired and developed as his main home. Although loyal to the Crown, his religion precluded him from state preferment; he did however play an important role in overseeing the affairs of his region and the Scottish border, maintaining order as far as possible in a volatile area. 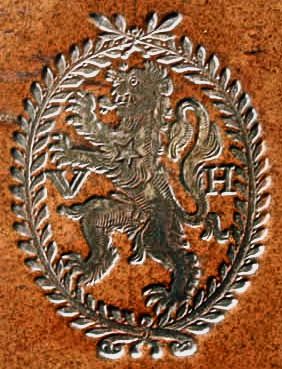 Much of Howard’s energy was channelled into scholarly and antiquarian activities, and he assembled a significant library. He was friendly with many of the well-known antiquaries of his time, who held him in high regard; in 1599 he helped facilitate a northern tour by Camden and Cotton, and he was close to Cotton thereafter. In 1629 Howard gave £100 to St John’s College, Cambridge, for the purchase of books.

Howard was an active collector of medieval manuscripts, from the 1580s onwards. These are now dispersed but a recent listing (by Ovenden) shows ca.120 once in his ownership. They came from dispersed monastic libraries, via the agency of his network of contacts and the book trade, and covered a wide range of subjects; he had many chronicles, and manuscripts recording medieval history, but he also acquired cartularies, heraldic and literary manuscripts, and others on a wide range of subjects. It has been noted that he owned many handsomely illuminated manuscripts. which he perhaps appreciated for their artistry as well as their texts, while probably also believing in the value of preserving them as icons of a lost life and faith.

Howard also bought printed books, and a Naworth inventory made during his lifetime lists ca.250 titles. These mostly remained at Naworth after his death, and despite the hazards of time, occasional sales of valuable material and a fire in the nineteenth century, this part of his library seems to have remained largely intact until it was acquired en bloc by Durham University Library in 1992, where the books are now catalogued and available. They constitute the kind of subject mixture which might be expected, around half being theological, with ca.75 books relating to history, and a spread of other subjects including literature, classics, science and law. Many were repaired following the 1844 fire but they were originally largely in straightforward contemporary bindings of calfskin or parchment. Some were acquired new but Howard’s use of the secondhand book market is demonstrated in numerous earlier ownership markings across the library.

The printed books remained at Naworth after his death but his manuscripts were gradually dispersed. Around 60 were quickly acquired by his nephew Thomas Howard, 14th Earl of Arundel (1586-1646) and while many others remained at Naworth, they began to be sold off from the early eighteenth century onwards, and by the 1940s this process was complete. Examples: printed books, the Howard collection in Durham UL (shelfmarks begin ‘Howard’); manuscripts, see the appendix in Ovenden’s 2018 article.

Some of Howard’s books (particularly those acquired in his later decades) have his inscription at the head of the titlepage in a clear italic hand, ‘Will: Howard Noward’; others have a simpler inscription ‘nawarde’ in less tidy 17th-century hands. Some late sixteenth-century centrepiece bindings have his initials WH stamped across the centre tool, but his later bindings are simpler; an armorial stamp including the WH initials seems to have been used only on books bought with the money given to St John’s, stamped in silver. Both the printed books and the manuscripts were sometimes annotated by him in the margins, but many do not carry such markings.

Retrieved from ‘https://bookowners.online/index.php?title=Lord_William_Howard_1563-1640&oldid=22688’
Categories:
This page was last modified on 28 January 2023.
Content is available under CC BY-NC 4.0 unless otherwise noted.