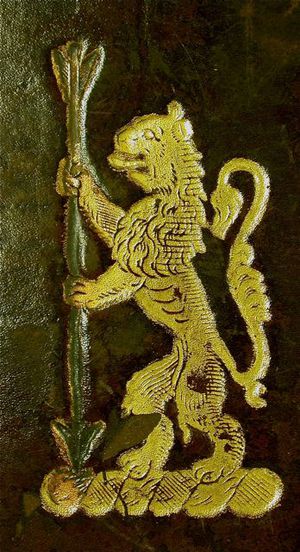 Son of Thomas Egerton, Viscount Brackley, Lord Chancellor, from whom he inherited the title and estates in 1617. BA Brasenose College, Oxford 1594, admitted at Lincoln's Inn 1595. MP for Callington 1597. He participated in the Earl of Essex's Irish expedition and was knighted in 1599. Soon after his father's death he was made Earl of Bridgewater; in 1626 Charles I made him a privy councillor and President of the Council of the Marches; he gradually lost sympathy with the King's regime and did not engage significantly with the Civil War, retiring to his estates.

Egerton was known as a scholar, reader and cultural patron, and he added substantially to the library he inherited from his father. This family library continued to be built up over succeeding generations and became known as the Bridgewater Library. It began to be dispersed in the 19th century and a significant portion of it (ca.4400 volumes) was purchased by Henry Huntington in 1917, and is now in the Huntington Library in California.

The size of the library at the time of his death is not known, but is likely to have run to well over a thousand volumes. There is no contemporary inventory, but a list of the library of his wife, Frances Egerton, made in 1627 and listing ca.240 books, is a valuable insight into the kinds of books owned by an aristocratic lady of the time. Examples: many in the Huntington Library.

Many books with Egerton's annotations and inscription 'JEgerton' survive in the Huntington Library. Numerous books survive with the armorial stamp attributed to him, although it is not always clear which Egerton is associated with the various crest tools like this used during the 17th century.

Retrieved from ‘https://bookowners.online/index.php?title=John_Egerton_1579-1649&oldid=15933’
Categories:
This page was last modified on 7 August 2020.
Content is available under CC BY-NC 4.0 unless otherwise noted.