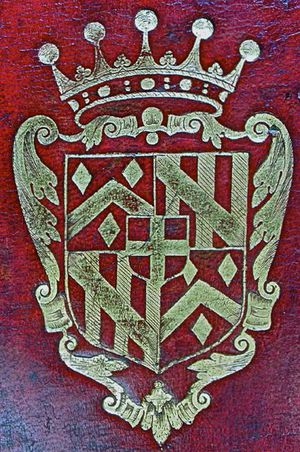 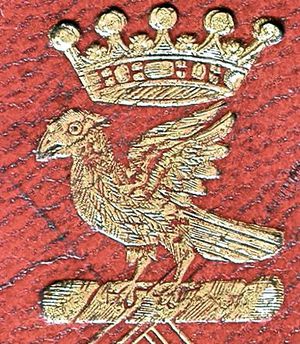 Born at Dinton, Wiltshire, son of Henry Hyde, gentleman. BA Magdalen Hall, Oxford 1626, admitted Middle Temple 1626 (barrister, 1633). Developed a successful legal career; MP for Wootton Bassett, 1640. Became increasingly involved in royal affairs as a drafter of documents for the King; knighted, and appointed to the Privy Council , 1643. Moved to Jersey with Prince Charles 1646, moved to the continent 1648 and spent the Interregnum involved in a range of diplomatic and political activities as a close advisor to Charles. Lord Chancellor 1658, created Earl of Clarendon 1661; Chancellor of Oxford University, 1660. Dismissed from office 1667, moved in exile to France where he died. His History of the rebellion was first published in 1702-04.

Hyde was an active acquirer of books throughout his legal and political career. He is known to have considered purchasing John Williams’s library when it was sequestered in 1637. His pre-Civil War library was seized in 1643 but ultimately returned to him in 1660. During his years abroad, travelling with the exiled court, his correspondence reveals constant activity in obtaining books, often bought for him by diplomatic contacts across Europe. He returned from a mission to Spain in 1648 with “three trunks and a cabinet” of Spanish books. Developed a liking for French bindings while abroad, and tried to persuade his Parisian binder to move to England in 1660; later known to have patronised the London binder William Nott. John Evelyn recorded “a very ample library”, furnished with portraits, when he visited Clarendon House in London in 1667. The library passed to his son Henry, 2nd Earl when he died, who added to it substantially, before much of the combined collection was sold at auction in 1709. Manuscripts from the collections of the first three Earls of Clarendon were sold at auction in 1764. Examples: National Art Library Clements W2; Christie’s 16.12.1991/183.

Used three armorial stamps, one incorporating the family arms, and two smaller ones using the crest.

Retrieved from ‘https://bookowners.online/index.php?title=Edward_Hyde_1609-1674&oldid=22053’
Categories:
This page was last modified on 27 March 2022.
Content is available under CC BY-NC 4.0 unless otherwise noted.