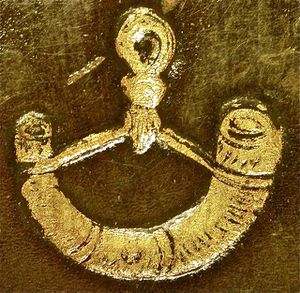 Born at Foston, Derbyshire, son of Clement Agarde. Matriculated at Queens’ College, Cambridge 1553, but there is no record of his graduation. He is thought to have studied law at one of the inns of court before becoming a deputy chamberlain at the Exchequer, via the patronage of Sir Nicholas Throckmorton, in 1570; he spent the rest of his career there. He became a diligent custodian of the official records there, organising, inventorying, transcribing and studying them. He was a friend of Sir Robert Cotton, to whom (according to his will) he owed his knowledge and learning in antiquities, and he was an active member of the Society of Antiquaries from its beginnings in the late 16th century to its dissolution in 1607. His indexes and transcripts of state records were highly valued by his contemporaries and by succeeding generations of scholars. He wrote a treatise on the Domesday Book (copy in BL MS Cotton Vit.C.IX), and a guide to the Exchequer records (Compendium recordorum, completed in 1610; a number of contemporary manuscript copies were made, and it was edited and published as The repertorie of records in 1631).

The extent of Agarde’s library is not known; no printed books have been traced to his possession but a good number of his manuscript transcripts and indexes to records survive. In his will, he bequeathed to Sir Robert Cotton “all myne owne ligiar bookes and manuscripts”, directing that he should select what he wanted, while also returning to him ca. 20 manuscripts of Cotton’s which Agarde had borrowed. He also listed ca. 15 volumes of manuscript transcripts of Exchequer records which were to be donated to the state records, subject to the approval of the Chancellor and the Treasurer. All the “household stuff” not otherwise specified was bequeathed to his nephew William Agarde. Examples: BL MS Cotton Vit.A.XIII.

A number of Agarde’s manuscript books have bindings decorated with his crest of a buglehorn stringed, together with the motto “DIEU ME AGARDE” in tooled lettering.

Retrieved from ‘https://bookowners.online/index.php?title=Arthur_Agarde_1535/6-1615&oldid=22130’
Categories:
This page was last modified on 27 March 2022.
Content is available under CC BY-NC 4.0 unless otherwise noted.