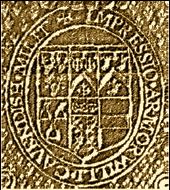 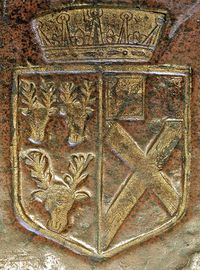 Second son of Sir William Cavendish, of Chatsworth, Derbyshire. Matriculated at Clare College, Cambridge 1567, but did not graduate; admitted at Gray's Inn, 1572. MP for Liverpool in 1586 and Newport in 1588, sheriff of Derbyshire 1595-6; created Baron Cavendish in 1605, and Earl of Devonshire in 1618. He was extensively involved in overseas business ventures, and successful in consolidating his finances and estates.

Archival evidence of book-buying and binding, and surviving books (now at Chatsworth), show that he developed an extensive library at Hardwick Hall, partly with the help of his tutor Thomas Hobbes. A catalogue of the late 1620s, made by Hobbes, lists ca.1400 books, probably then at Hardwick.

Retrieved from ‘https://bookowners.online/index.php?title=William_Cavendish_1590-1628&oldid=17217’
Categories:
This page was last modified on 30 August 2020.
Content is available under CC BY-NC 4.0 unless otherwise noted.