Born at Barkby, Leicestershire, son of Thomas Marshall, blacksmith. BA Lincoln College, Oxford 1645; a royalist, he moved to The Netherlands in 1648 and became chaplain to the Company of Merchant Adventurers in Rotterdam. While there he continued to develop skills in philology and languages, and in the early 1660s he published edited versions of Old English and Gothic gospels. Throughout the 1650s and 60s he was in regular correspondence with orientalists in England and elsewhere; in 1672 he returned to Oxford as Rector of Lincoln College, became a royal chaplain, and was Dean of Gloucester from 1681. He published several other editions and translations, but "his publications never matched his erudition" (ODNB).

Marshall bequeathed over 450 printed books and over 150 manuscripts to the beneficiary Bodleian Library, and over a thousand to Lincoln College. He left his Socinian books to his executor John Kettlewell, on condition that they "come not into the hands of others, that they may be corrupted by them", together with his his notebooks and papers. An unknown number of his books, not selected by the libraries, was sold after his death. The books received by Lincoln included 77 bound volumes of Civil War pamphlets as well as many works reflecting his linguistic interests; the manuscripts in the Bodleian include a variety of theological, liturgical and philological material, in many languages including Latin, English, Dutch and Italian. Examples: very many in Lincoln College, findable in the online catalogue. 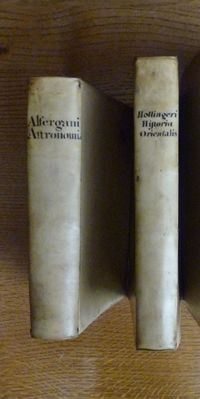 Marshall's books in Lincoln College are often inscribed by him, "Thomas Mareschallus"; they often also have his shelfmarks, and a note of the price paid. Many survive in plain parchment bindings distinctively and clearly lettered by him on their spines.

Retrieved from ‘https://bookowners.online/index.php?title=Thomas_Marshall_1621-1685&oldid=22481’
Categories:
This page was last modified on 30 May 2022.
Content is available under CC BY-NC 4.0 unless otherwise noted.