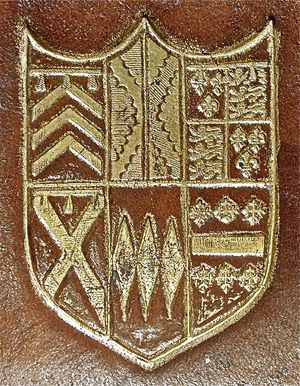 Son of Sir Francis Barrington, 1st Bart, of Hatfield Broad Oak, Essex. Attended Trinity College, Cambridge in 1601 but did not graduate; admitted at Gray’s Inn, 1602. Knighted 1621, succeeded his father as 2nd Baronet, 1628. Entered the House of Commons in 1621 and played an increasingly prominent role in successive parliaments from the late 1620s onwards, supporting an anti-royalist line, with particular interests in religion and moral reform. He became active in raising troops and making military preparations for the parliamentary cause in Essex in the early 1640s. Lay assessor of the Assembly of Divines, 1643.

A book bill preserved in the Barrington manuscripts in Hatfield Broad Oak parish library records the purchase of 112 books from the London bookseller Richard Whitaker, 1635-39. The Barrington household account books suggest that books were also being purchased from other sources so Sir Thomas’s library is likely to have run to several hundred volumes. The books bought cover a range of subjects, encompassing devotional and theological books, law, history, literature (including Shakespeare and Herbert), geography and travel; an average of £7 per year was being spent. Examples: National Art Library Clements AA29; Bodleian Broxbourne 73.5.

Barrington inscribed his name, and sometimes date of purchase, on titlepages; used an armorial stamp.

Retrieved from ‘https://bookowners.online/index.php?title=Thomas_Barrington_ca.1585-1644&oldid=19699’
Categories:
This page was last modified on 3 May 2021.
Content is available under CC BY-NC 4.0 unless otherwise noted.