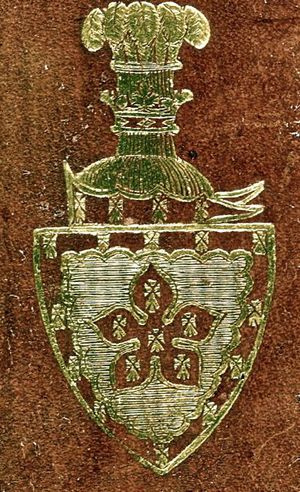 Born at Yoxall, Staffordshire, son of Daniel Astle, keeper of the forest. After spending some time articled to an attorney, he joined the staff of the British Museum in 1761 to index the Harley manuscripts, moving in 1764 to a post in the State Paper Office. He became clerk of the record office in the Tower of London in 1775, and keeper of the records there in 1783. He was elected a fellow of the Society of Antiquaries in 1763, and of the Royal Society in 1766; in 1787 he became a trustee of the British Museum.

Astle's recommendation that some of the ancient parliamentary records should be edited and published was adopted in the 1760s and he nominated his father in law, Philip Morant, to begin the work. After Morant's death in 1770, he continued the work, leading to the publication of the six-volume Rotuli Parliamentorum in 1783. He also published numerous antiquarian books and articles himself, including The origin and progress of writing (1784).

Astle assembled an important collection of charters and manuscripts, alongside a library of at least 1500 printed books. He inherited many books and manuscripts from Morant, but added significantly to that legacy through his own collecting. His holdings included significant pre-Norman charters and early medieval chronicles, but ranged extensively across antiquarian, heraldic and historical subjects. In his will, he gave George Grenville, 1st Marquis of Buckingham, the option to purchase his manuscripts for £500, and directed that his printed books be sold by auction or private sale. Grenville bought the manuscripts, which were subsequently purchased in 1849 by Bertram Ashburnham, 4th Earl of Ashburnham, and sold by his son the 5th Earl to the nation in 1879. Most of them now form part of the Stowe Manuscripts in the British Library. Astle's printed books were largely bought en bloc by the Royal Institution in 1804, and dispersed from there during the 20th century. Some of his books and papers were kept by his son Philip Hills, and descended through that family until dispersed by sale between 1894 and 1901.

Some of Astle's books were marked with an armorial stamp; he also regularly annotated his books, which have been valued both for his, and Morant's, marginalia.

Retrieved from ‘https://bookowners.online/index.php?title=Thomas_Astle_1735-1803&oldid=23351’
Categories:
This page was last modified on 29 August 2022.
Content is available under CC BY-NC 4.0 unless otherwise noted.