Born at Umberslade, Warwickshire, son of Andrew Archer, a member of a long-established landowning gentry family there. Admitted at Gray’s Inn 1602. Much of his career was subsequently spent managing and expanding the family and estate business at Umberslade and Tanworth. He was active in local politics as a magistrate throughout the 1620s and 30s and was knighted in 1624. MP for Tamworth, Staffordshire 1640. His sympathies during the Civil War were parliamentarian, in line with his Calvinist theology, but his generally moderate line is shown by his continuing in office as a JP not only throughout the Interregnum but also into the Restoration years. He served on the parliamentary subcommittee for accounts in Warwickshire in 1644.

Archer was an active antiquary, stimulated by a wish to pursue the history of his family and its estates. He gathered extensive manuscript notes and transcripts relating to Warwickshire, and during the 1630s distributed questionnaires around parishes to gather information. He was well connected with other antiquaries and scholars of his generation, and his meeting with William Dugdale in 1630 developed into an extensive collaboration which bore fruit as Dugdale’s Antiquities of Warwickshire (1656). Much of the research in this book was Archer’s, but he passed this to Dugdale in 1638 to produce the book (whose publication was delayed by the Civil War). 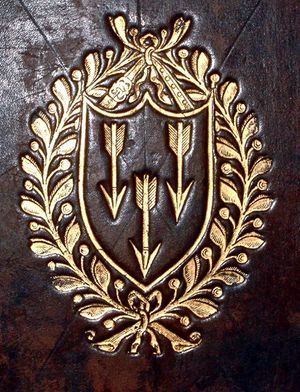 Many of Archer’s manuscript collections, together with letters, notes and account books, survive in the Shakespeare Birthplace Trust, the Warwickshire Record Office, the Bodleian Library and elsewhere. We know little about his printed books beyond the fact that his second son and heir Thomas, 1619-1685, left a library which was valued at £350, much of which is assumed to have been inherited from his father.

Retrieved from ‘https://bookowners.online/index.php?title=Simon_Archer_1581-1662&oldid=22606’
Categories:
This page was last modified on 23 June 2022.
Content is available under CC BY-NC 4.0 unless otherwise noted.