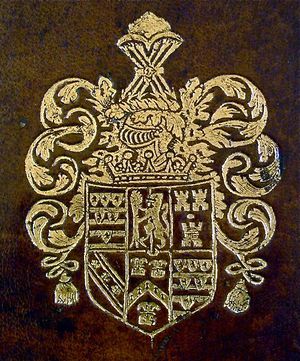 Born at Cecil House, Strand, Westminster, son of William Cecil, 1st Baron Burghley, Secretary of State. He was educated at home, through foreign travel, and by being trained up by his father to support his work; he was MP for Westminster in 1584 and knighted in 1591. During the 1590s he was actively and busily involved in government work, and was formally made Secretary of State in 1596. He successfully courted and gained the trust of James I, who retained him as Secretary and relied heavily upon his work; he was made Earl of Salisbury in 1605. In 1607 he moved from his house at Theobalds, Hertfordshire to the newly purchased Hatfield House. Much buffeted and criticised by political pressures throughout his career, he survived in office until the time of his death and although he left his estates with many debts, he also significantly enlarged the Cecil inheritance.

Cecil was not only learned but also understood the importance of demonstrating status through the display of material wealth. He added many books to the library which he inherited from his father, and although much has been lost over the centuries there are numerous books at Hatfield today associated with Robert, some of them in handsome bindings. A catalogue of ca 1900 books at Salisbury House in (The Strand) survives from in 1637; books were held in several family houses before the library was consolidated at Hatfield House in the early 18th century. A number of manuscripts originally owned by members of the Cecil family, which descended to Robert Bruce, 1st Earl of Ailesbury (1626-85) were auctioned in London, 21.11.1687.

A couple of armorial stamps associated with Robert Cecil are recorded in the Armorials Database.

Retrieved from ‘https://bookowners.online/index.php?title=Robert_Cecil_1563-1612&oldid=20277’
Categories:
This page was last modified on 17 June 2021.
Content is available under CC BY-NC 4.0 unless otherwise noted.