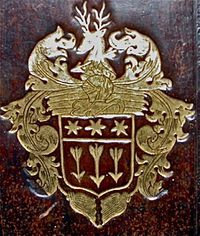 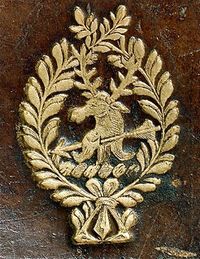 Born at Lutton, Lincolnshire, son of Richard Busby, churchwarden. BA Christ Church, Oxford 1628, MA 1631, after which he remained at Christ Church as a tutor before moving to be head master at Westminster School (where he had been a pupil) in 1638. He remained head master there until he died, acquiring a significant reputation for himself and the School, based on discipline, high standards, and effective teaching. He was a prebendary of Wells from 1639 (ejected, retored 1660, when he also became a canon of Westminster, and a DD). He gave or bequeathed significant endowments to Westminster Abbey and School, Wells, and Oxford University.

Busby bequeathed ca.450 vols to Westminster School, of which ca.350 remain today. He also bequeathed books to establish parish libraries in Willen, Buckinghamshire, and Cudworth, Somerset; the former was destroyed in 1946 and the latter was dispersed. He made extensive donations to Wells Cathedral Library, giving over £300 towards the costs of its re-establishment after the Restoration, as well as books.

Books given to Wells were sometimes decorated with an armorial stamp.

Retrieved from ‘https://bookowners.online/index.php?title=Richard_Busby_1606-1695&oldid=20181’
Categories:
This page was last modified on 3 June 2021.
Content is available under CC BY-NC 4.0 unless otherwise noted.