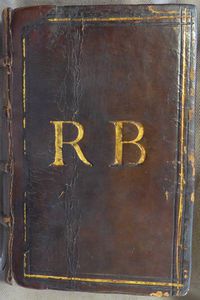 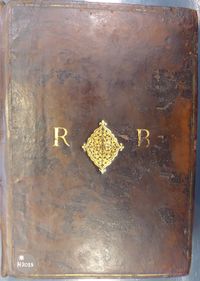 Bancroft owed his advancement not only to his connections but also to a developing reputation as a trustworthy defender of the state’s position on ecclesiastical conformity, through preaching and publications. He was made Bishop of London in 1597 (Archbishop Whitgift having earlier sought to obtain this post for him), where he set about establishing a well disciplined diocese. He was a member of the Hampton Court conference, summoned by James I in 1604 to debate church policy, and succeeded Whitgift as Archbishop of Canterbury later that year. He continued to strive for conformity and high standards in the ministry, during a period when his authority was challenged through recusancy, the courts and the interventions of James I.

Bancroft assembled one of the largest libraries of his generation, which he bequeathed “to my successor, and unto the archbishops of Canterbury successively forever”. It included ca.2000 volumes from the equally large library of John Whitgift, and became the foundation collection of Lambeth Palace Library. With just over 6000 volumes, it was most obviously strong in all aspects of theology, but also had significant holdings in history, law and classics. It included ca.350 manuscripts, including ones from the collection of William Camden and John Rainolds. A small number of Bancroft’s books can be found outside Lambeth, e.g. in Canterbury Cathedral Library and the Harsnett Library. Examples (outside Lambeth Palace): Harsnett Library H.a.55, H.d.5; Canterbury Cathedral Library W/B-1-39, W/K-3-60.

Bancroft’s books at Lambeth can be identified primarily by their bindings; many have his gilt-tooled armorial on the boards (some of these may have been bound thus after his death, when the collection was being arranged). The library also includes many books in late 16th/early 17th century calf bindings gilt-stamped with the initials RB, or with these letters on either side of a centrepiece (there are several lozenge-shaped centrepieces which appear repeatedly). He did not normally inscribe or annotate his books. A few Bancroft books at Lambeth have elaborately decorated fore-edges, painted with his arms as Archbishop or with pictorial patterns.

Retrieved from ‘https://bookowners.online/index.php?title=Richard_Bancroft_1544-1610&oldid=22126’
Categories:
This page was last modified on 27 March 2022.
Content is available under CC BY-NC 4.0 unless otherwise noted.