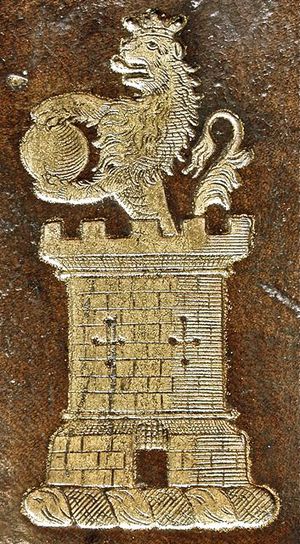 Son of Sir John Stanhope (d.1609). Knighted in 1605; purchased the barony of Shelford in 1616; created Earl of Chesterfield in 1628. A royalist, Stanhope's house was sacked by parliamentary troops during the civil war. He was imprisoned and died in captivity in 1656.

Books survive marked with one of several armorial stamps used by Stanhope.

Retrieved from ‘https://bookowners.online/index.php?title=Philip_Stanhope_1584-1656&oldid=13785’
Categories:
This page was last modified on 22 July 2020.
Content is available under CC BY-NC 4.0 unless otherwise noted.