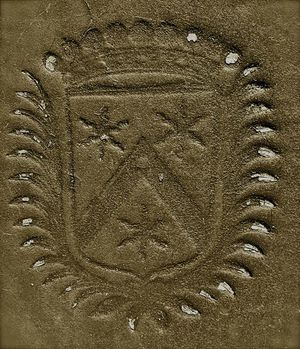 2nd son of John Mordaunt, 5th Baron Mordaunt and 1st Earl of Peterborough (d.1643); brother of Henry Mordaunt. He was involved in various failed royalist uprisings during the interregnum and was subsequently made Lord Lieutenant of Surrey and Governor of Windsor Castle after the restoration. He remained an unpopular figure until his resignation in 1668.

A couple of books with Mordaunt's armorial stamp are identified in the Armorials Database; the extent and disposition of his library are not known. His brief will has no mention of books, but left all his personal estate to his wife.

Retrieved from ‘https://bookowners.online/index.php?title=John_Mordaunt_1626-1675&oldid=23079’
Categories:
This page was last modified on 9 August 2022.
Content is available under CC BY-NC 4.0 unless otherwise noted.