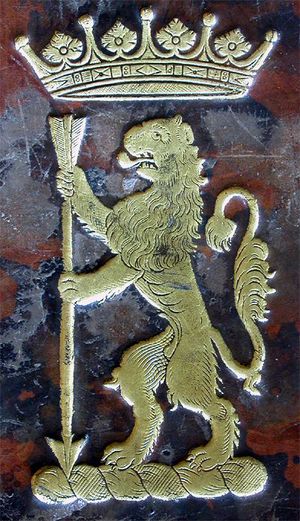 Son of John Egerton, 1st Earl of Bridgewater, from whom he inherited the title and estates in 1649. His education took place partly at Gray's Inn, which he entered in 1633. Briefly imprisoned for his royalist sympathies during the Interregnum, he held various administrative offices after the Restoration, was active in parliamentary committees, and helped to broker the conference between the two houses of Parliament over the Act of Uniformity in 1662. He was much concerned with financial affairs throughout his time was Earl, as his estates were much encumbered with debt.

Egerton was noted as a learned man who delighted in his books. He inherited the library which had been built up by his father and grandfather, and added to it; this family library continued to be built up over succeeding generations and became known as the Bridgewater Library. It began to be dispersed in the 19th century and a significant portion of it (ca.4400 volumes) was purchased by Henry Huntington in 1917, and is now in the Huntington Library in California.

Many of Egerton's annotated and inscribed books survive in the Huntington Library. Numerous books survive with the armorial stamps attributed to him.

Retrieved from ‘https://bookowners.online/index.php?title=John_Egerton_1623-1686&oldid=15926’
Categories:
This page was last modified on 7 August 2020.
Content is available under CC BY-NC 4.0 unless otherwise noted.