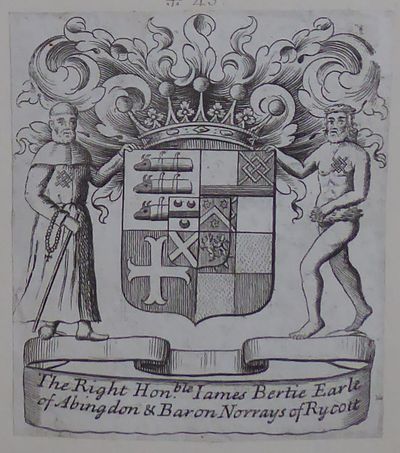 Younger son of Montagu Bertie, 2nd Earl of Lindsey. He inherited estates in Berkshire and the title 5th Baron Norreys in 1657. Lord Lieutenant of Oxfordshire 1674; increasingly involved thereafter in political affairs, he was created Earl of Abingdon in 1682.

Bertie used an engraved armorial bookplate (Franks 2370/*43); the extent and disposition of his library is not known.

Retrieved from ‘https://bookowners.online/index.php?title=James_Bertie_1653-1699&oldid=19794’
Categories:
This page was last modified on 7 May 2021.
Content is available under CC BY-NC 4.0 unless otherwise noted.