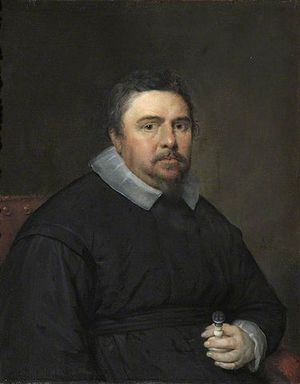 Born at Bridge, Kent, son of Robert Bargrave, yeoman farmer and tanner. BA Pembroke College, Cambridge 1607; he then moved to Clare College, Cambridge (MA 1610). Rector of Eythorn, Kent, 1612. Between 1616 and 1618 he was in Venice as the chaplain of his relative Sir Henry Wotton who later left him all his Italian books.

In 1622 he received the degree of DD at Cambridge and became a prebendary of Canterbury Cathedral, also being appointed chaplain to the future King Charles I. He succeeded his brother-in-law John Boys as Dean of Canterbury in 1625. Bargrave was responsible for stimulating the renewal of the Chapter Library in 1628.

Bargrave supported the divine right of kings but tried to find a middle way in the disputes between royalists and puritans. In 1641 he delivered a Kentish petition to the House of Commons opposing the bill for the abolition of Deans and Chapters. In 1642 Parliamentary troops occupied the Deanery and Bargrave was briefly imprisoned in the Fleet Prison. He died the following year.

The Benefactors' Book records that Bargrave gave three books to the Cathedral Library at Canterbury, including a copy of the 1620 catalogue of the Bodleian Library (Canterbury Cathedral Library W2/A-4-14). These books bear no inscriptions and nothing is known of the fate of Bargrave's library.

Retrieved from ‘https://bookowners.online/index.php?title=Isaac_Bargrave_1586-1643&oldid=21208’
Categories:
This page was last modified on 27 November 2021.
Content is available under CC BY-NC 4.0 unless otherwise noted.