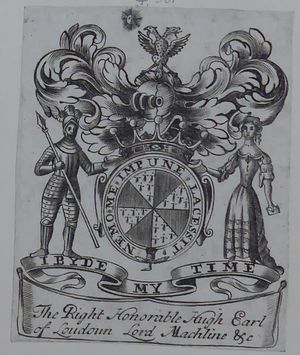 Probably born at Loudoun, Ayrshire, son of the 2nd earl, James Campbell (d. 1684). He was educated at Glasgow University. He entered the Scottish Parliament in 1696 and was appointed extraordinary lord of session in 1699. He was a member of the Scottish Privy Council and from 1708 the British Privy Council and was one of the elected Scottish peers in the House of Lords. He fought at the battle of Sheriffmuir (1715).

Retrieved from ‘https://bookowners.online/index.php?title=Hugh_Campbell_ca.1673-1731&oldid=20225’
Categories:
This page was last modified on 8 June 2021.
Content is available under CC BY-NC 4.0 unless otherwise noted.