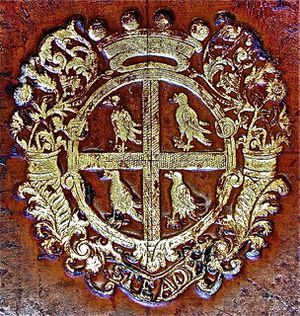 The Armorials Database records a number of books, from various libraries, with Aylmer's armorial stamp. The extent of his library is not known; his will includes a list of pictures, furniture and jewellery to be given to his younger son John, but there is no mention of books. These would have passed with the rest of his estate to his eldest son Henry, who became the 3rd Baron.

Retrieved from ‘https://bookowners.online/index.php?title=Henry_Aylmer_1694-1754&oldid=23355’
Categories:
This page was last modified on 29 August 2022.
Content is available under CC BY-NC 4.0 unless otherwise noted.