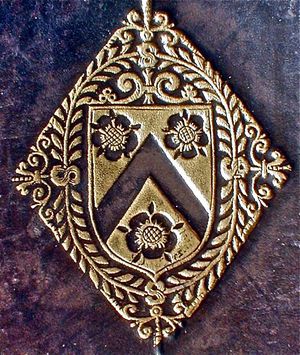 Son of Edward Bysshe, MP and lawyer, of Burstow, Surrey. Matriculated at Trinity College, Oxford 1633, but did not graduate; entered Lincoln's Inn 1627 (barrister, 1635). MP for Bletchingley, 1640, and later for Reigate and Gatton; his political sympathies were parliamentarian, and he was appointed Garter King of Arms in 1646, and Clarenceux King of Arms in 1650. He was ejected as Garter in 1660, but retained the Clarenceux office until his death, undertaking several visitations in the 1660s and 70s. He also became an MP again, and was knighted in 1661. He published a number of heraldic works.

Bysshe's brief will left "all my plate jewells household stuffe and bookes" to his wife Margaret, together with all the rest of his estate. His library was auctioned in London, shortly before his death (to help pay debts), 15.11.1679, with some remaining manuscripts auctioned 4.7.1681 (joint sale). The 1679 catalogue contains 2361 lots, divided between Latin theology (279 lots), Latin and Greek philology (i.e. miscellaneous, 801), heraldic books (409), medicine (84), English books (240), French books (342), Italian books (140), Spanish books (31), and 55 volumes of pamphlets. A manuscript inventory of his library in British Library Harl. MS 813 valued it at £300, and listed ca.2500 volumes. Birrell noted that Bysshe's sale "became the first English auction catalogue to offer, for public sale, a substantial collection of libertine or pornographic books".

Many books with Bysshe's gilt-tooled armorial stamp are recorded in the Armorials Database.

Retrieved from ‘https://bookowners.online/index.php?title=Edward_Bysshe_ca.1610-1679&oldid=20195’
Categories:
This page was last modified on 3 June 2021.
Content is available under CC BY-NC 4.0 unless otherwise noted.