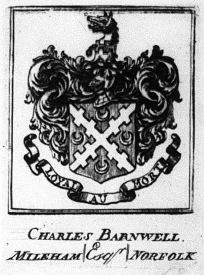 The first Charles was the son of Charles Barnwell of Mileham, Norfolk, a member of a long-established gentry family there. Matriculated at St Catherine's College, Cambridge 1695, but did not graduate; admitted at Lincoln's Inn 1699. He lived the life of a country gentleman thereafter, with 3 marriages and 15 children. His eldest son, also named Charles, inherited the Mileham estate. 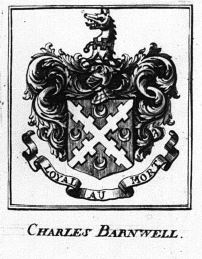 Retrieved from ‘https://bookowners.online/index.php?title=Charles_Barnwell_1679-1750&oldid=22554’
Categories:
This page was last modified on 9 June 2022.
Content is available under CC BY-NC 4.0 unless otherwise noted.